At the start of the book, Hatchet’s protagonist, thirteen-year-old Brian Robeson, is a privileged city boy who is accustomed to the comforts of home and shocked at the unexpected changes brought about by his parents’ divorce. Brian initially views such adversity as a negative force that ruins the things he values. However, after a tragic plane crash that leaves him stranded alone in the Canadian wilderness, Brian finds himself facing much greater adversity than before. Through this extreme challenge, he eventually comes to understand that when combined with perspective and courage, adversity can be a source of positive change rather than pure destruction.

Through his depiction of Brian’s personal evolution, Paulsen argues that while adversity can be a powerful catalyst for growth, it is not on its own enough to cause profound change in a person. In order to grow through adversity, an individual must meet challenges with patience, thoughtfulness, and hope.

The opposing forces of personal independence and connection with the natural world play a key role in Brian’s journey. At the beginning of Hatchet, Brian takes his immediate safety for granted, trusting the kind pilot to navigate to their destination in Northern Canada, where Brian is to spend the summer with his father. However, the pilot’s fatal heart attack creates a situation in which Brian is completely vulnerable and helpless, and from that point on, he longs to gain a sense of control over his difficult new circumstances. As his skills and experience develop, Brian also develops this stronger sense of independence, learning to rely on himself to survive in the wilderness. However, it turns out that simple self-reliance is not enough to allow Brian to truly thrive. Rather, Paulsen illustrates that in order to feel genuinely safe and at home, Brian must learn to connect deeply with his surroundings and give up the idea that he is separate from the rest of nature. Through Brian’s changing relationship with the wilderness around him, Paulsen argues that rather than being an end in itself, personal independence is instead a crucial step on the journey toward a meaningful connection with the rest of the world.

After the plane crash leaves Brian alone in the wilderness to fend for himself, he becomes acquainted with a rich, complex natural world that was previously foreign to him. Even after he is rescued at the end of the book, Brian’s interactions with that new world continue to shape him in profound ways. At first, the wilderness around Brian appears chaotic to him, just as his life in New York feels after his parents announce their divorce. However, as his experience in the wilderness unfolds, Brian slowly begins to see the rational order and deep value of the natural world—a new worldview that brings him peace and guides his actions even when he returns home.

Brian is on his way to Canada to visit his estranged father when the pilot of his small prop plane suffers a heart attack. Brian is forced to crash-land the plane in a lake--and finds himself stranded in the remote Canadian wilderness with only his clothing and the hatchet his mother gave him as a present before his departure. Brian had been distraught over his parents' impending divorce and the secret he carries about his mother, but now he is truly desolate and alone. Exhausted, terrified, and hungry, Brian struggles to find food and make a shelter for himself. He has no special knowledge of the woods, and he must find a new kind of awareness and patience as he meets each day's challenges. Is the water safe to drink? Are the berries he finds poisonous? Slowly, Brian learns to turn adversity to his advantage--an invading porcupine unexpectedly shows him how to make fire, a devastating tornado shows him how to retrieve supplies from the submerged airplane. Most of all, Brian leaves behind the self-pity he has felt about his predicament as he summons the courage to stay alive. A story of survival and of transformation, this riveting book has sparked many a reader's interest in venturing into the wild. 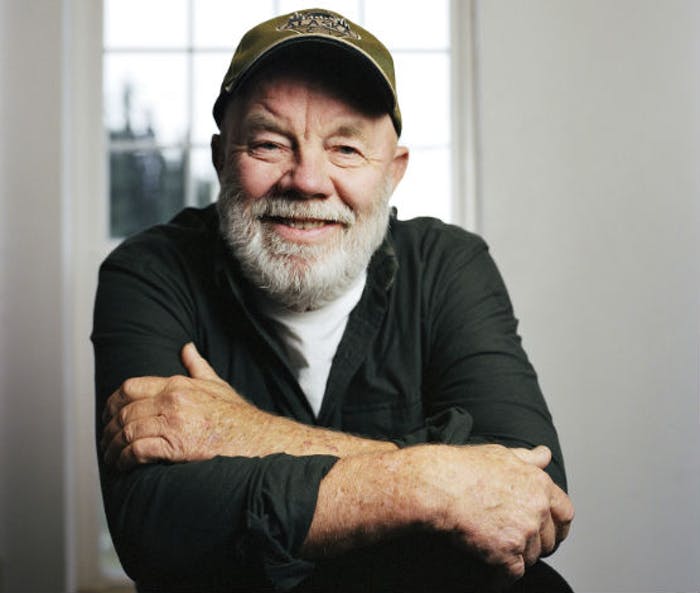 Gary Paulsen endured a tumultuous childhood during which he lived with his mother in a variety of locations, including the Philippines and Hawaii. At the age of fourteen, Paulsen ran away from home and began a decades-long stretch working a variety of jobs in order to support himself while writing. An avid outdoorsman, his pursuits have included sailing in the Pacific and racing sled dogs, even competing in the 1983 Iditarod Trail Sled Dog Race. He’s published more than one hundred books, many of which are based on his own experiences living and working in the wilderness, and his works include fiction and nonfiction for both children and adults. In addition, many of his works include a “coming of age,” much like the one Brian experiences in Hatchet. Paulsen currently lives with his wife, Ruth, who illustrates children’s books, and divides his time between homes in New Mexico and Alaska.