A snapshot of Australian Politics

The Parliament of Australia

How the Senate Works - Game of Thrones Style 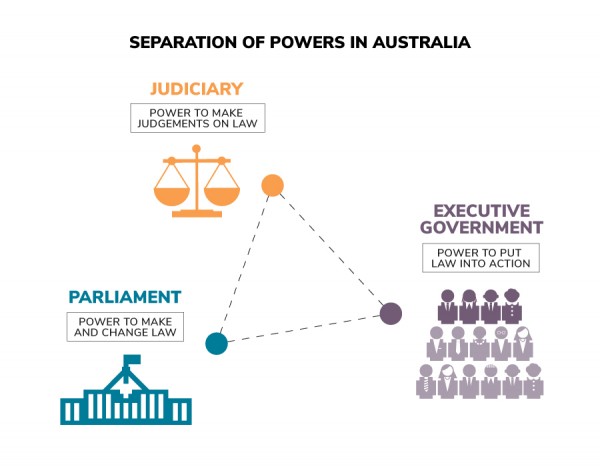 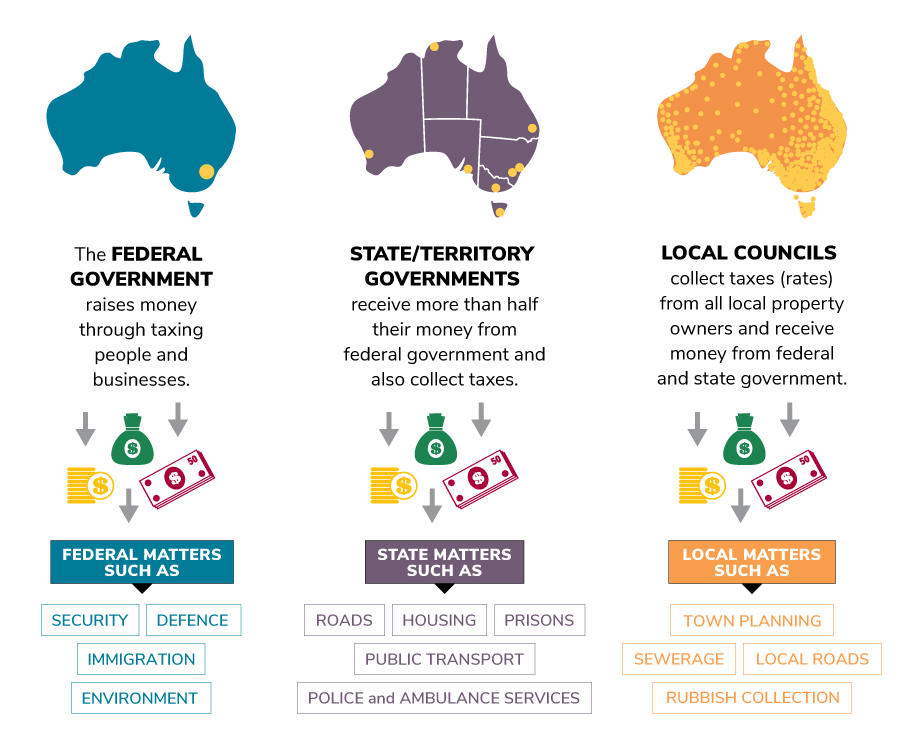 The House of Representatives

The House of Representatives is one of the two houses of the Australian Federal Parliament, the other being the Senate. It is sometimes called the 'people's house' or the 'house of government'.

The Senate is one of the two houses of the Australian Federal Parliament. It consists of 76 senators, twelve from each of the six states and two from each of the mainland territories. It shares the power to make laws with the other House of the Parliament, the House of Representatives.

The House of Reps V The Senate - Politics Explained

Balance of Power - is the position held by a minor party, group or individual when their vote is necessary for bills or motions to be passed.

Bicameral System - having an upper and lower house.

Bipartisan - the agreement / co-operation of 2 political parties that usually oppose each others policies.

Crossbench - forming a majority, particulary in the Senate, can require the support of minor parties and Independents, who are referred to as the 'crossbench'. This gives the crossbench a role in decision-making and in scrutinising the work of the government and holding it accountable for its actions.

Opposition - the largest party (or coalition) that is not in government.

Parliament - it is the job of the Parliament to make sure the government explains what it is doing and why.

Separartion of Power - divides the institutions of government into three branches: legislative, executive and judicial. The legislature makes the laws; the executive put the laws into operation; and the judiciary interprets the laws.

Roles and Responsibilities of Parliament 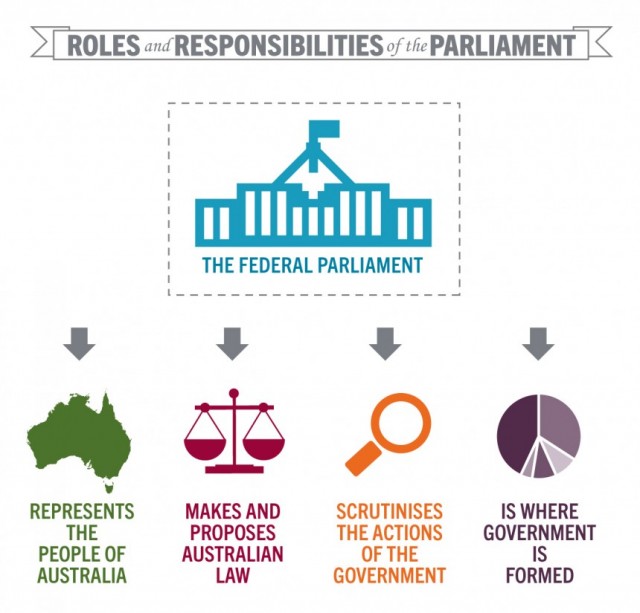 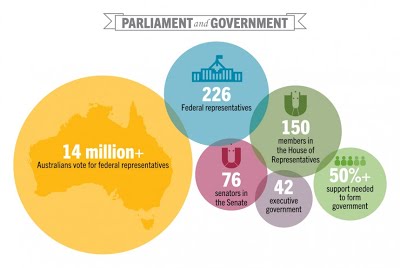 The Australian System of Government

Who are the people in Parliament? 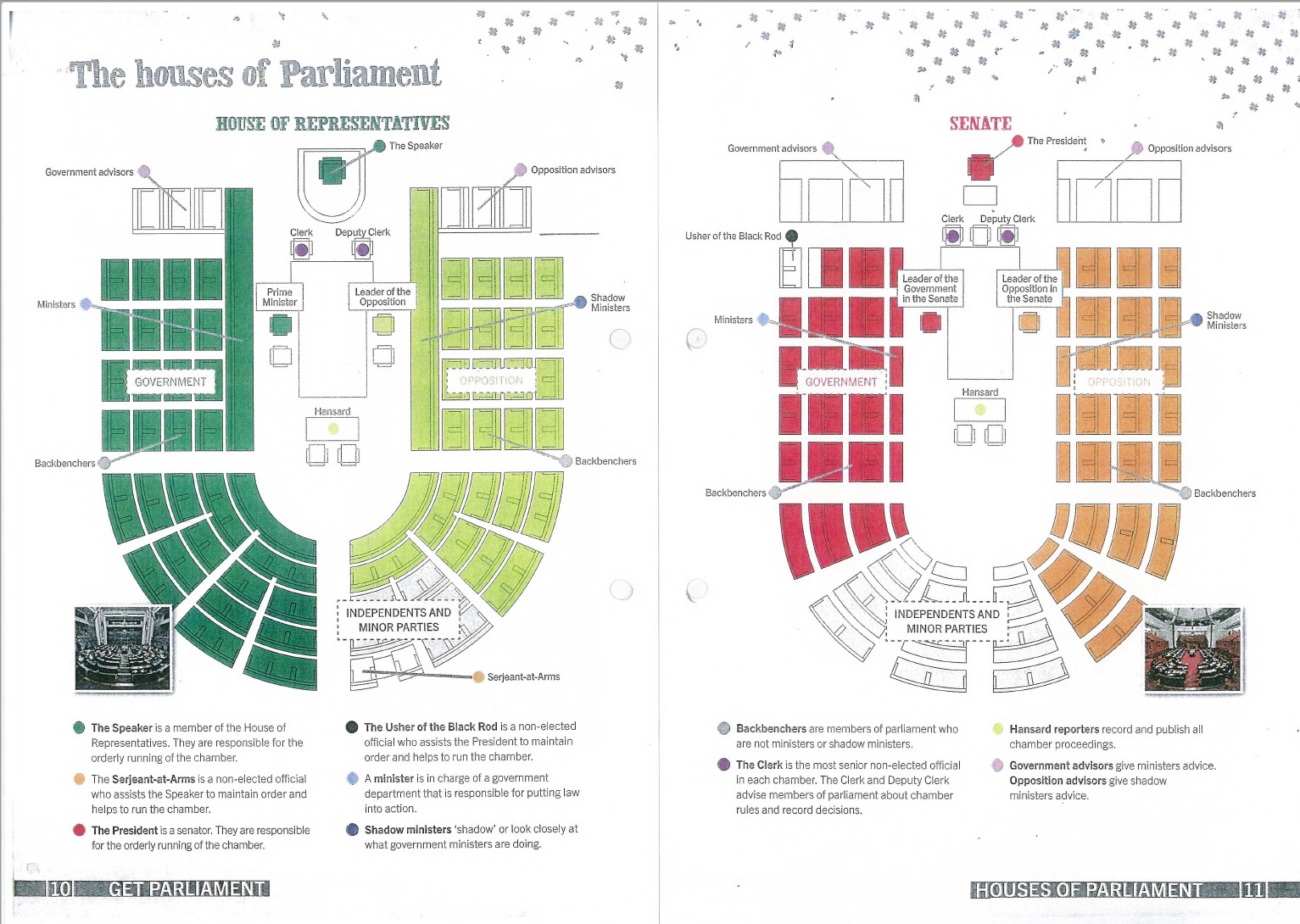